Get 5% off your first order

Roll over image to zoom in

The Aeotec Z-Stick (Gen 5) is a self-powered Z-Wave USB dongle with portable push-button inclusion for Z-Wave devices (independent from external power and host microprocessor). When attached to a host processor (PC etc), it becomes a Z-Wave communication device, which allows Z-Wave software to communicate with your Z-Wave devices. 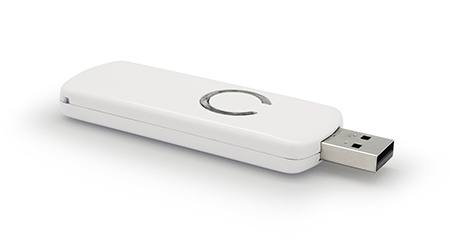 Create your own Z-Wave gateway. With Z-Stick Gen5 you’ll be able to create your own Z-Wave hub using readily available, and sometimes free, home automation software. You’ll benefit from a system that is locally hosted and cloud free, whose features, security and privacy you can personally control, and you’ll be able to create your Z-Wave network at your own pace and within your own budget. Capable of controlling up to 232 different Z-Wave devices, including those that use the more advanced Z-Wave Plus, and able to run on both full powered PCs and low powered PCs such as Raspberry Pi, Z-Stick Gen5 works with with open source software such as Domoticz , Home Assistant, OpenHab, and OpenHab2 and also works with commercially available software such as Axial Control, Homeseer, Indigo for MacOS. For enhanced network performance and reduced downtime, Z-Stick Gen5 contains an inbuilt, rechargeable info-lithium battery.

A customer may return goods if the item is faulty, they found a cheaper one somewhere else or maybe they just changed their mind. Under the Australian Consumer Law (ACL), there are number of consumer guarantees that entitle a consumer to return a product and obtain a refund or replacement. However, there are other reasons a consumer may return goods, and you are not obligated to refund them.

Below, we set out some situations where your business must refund, replace or repair goods as well as circumstances that excuse you from doing so.